0
was successfully added to your cart.

Following a breakfast meeting at our hotel, we will head off to Darling Harbour where we will spend the morning doing some street photography. We will grab some lunch at Darling Harbour before returning to the hotel.

The afternoon will see us venturing to the top off the Sydney Harbour Bridge, from where we can capture an amazing perspective of the harbour city.

Following dinner we will head out tonight for our first glimpse at the Vivid Sydney spectacular.

An early start for a sunrise shoot around the harbour foreshore to catch the first glimmers of light upon the cityscape, before returning for breakfast.

Weather permitting we will capture Sydney from a different perspective as we cruise down the harbour aboard a Sydney Ferry, catching views of Fort Denison, Garden Island, the city and harbour itself.

Later in the day we will head back to the CBD where we will prepare for our sunset shoot, prior to dinner. Now that we’re well fed, grab your gear, as we will be heading back out to Vivid once more.

Another early start for sunrise around the harbour and the option of a sleep-in for those who wish to catch up on some sleep. We will meet for a late breakfast before having a little downtime to process some images.

In the afternoon we will change our city perspective again to capture the lights’ last glow as it falls across the Sydney Harbour Bridge.

After dinner we will head out for our last night of shooting Vivid Sydney, once again seeking out some different perspectives.

A pre-dawn start today as we will make our way out to the iconic Bondi Beach for sunrise. Following some nourishment, we will spend time shooting along the coastline.

We return back to the city in the afternoon and get together for dinner. After dinner we will head down to ‘The Rocks’ area, part of Sydney that still bears the hallmarks of the early colonial settlement to see if we can capture the feel of bygone days.

(option for those that wish to go out again for Vivid)

Today we enjoy a full day exploring hiking trails, photographing mountain, lake and forest scenes. We will also be on the lookout for the native wildife found in this area. (BLD) 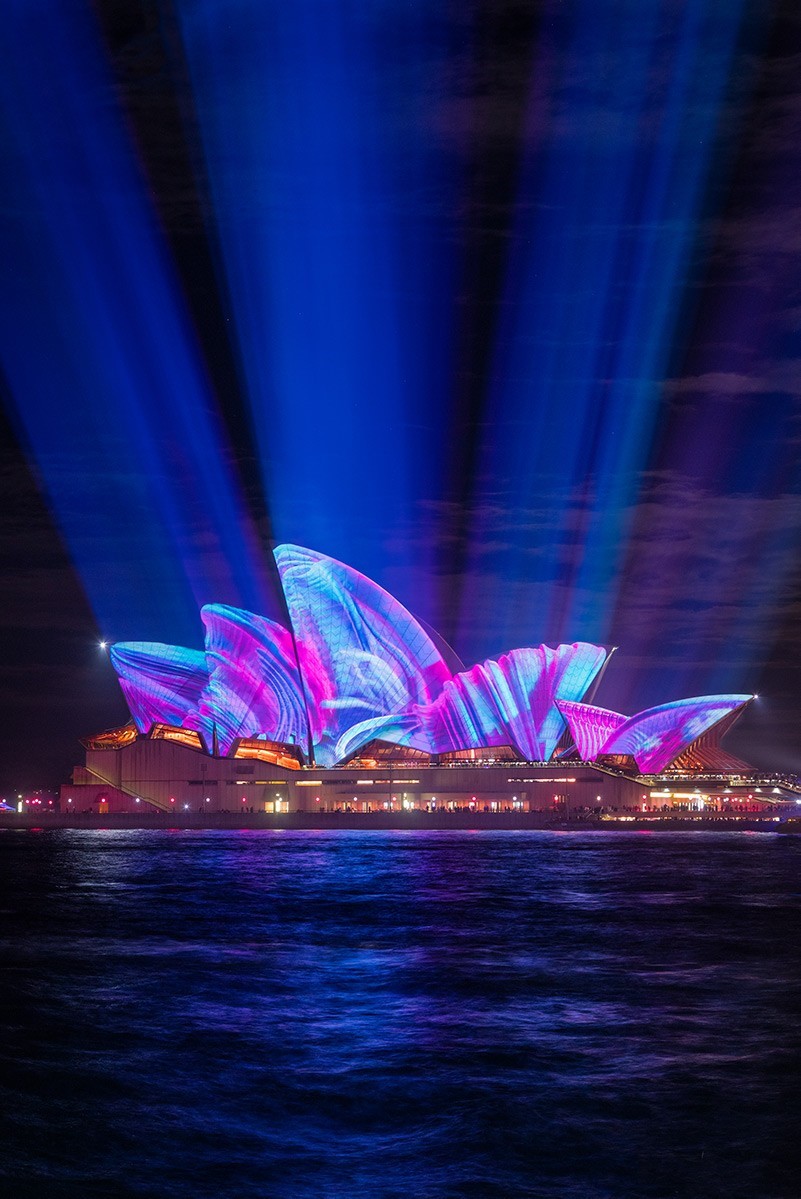 Our last sunrise shoot this morning, before returning for breakfast together and checkout of our accommodation. Today we will take a trip over to the iconic Fort Dension and its’ well known Martello Tower. There’ll be plenty of time to wander around the island before/after a guided tour.

After our visit we will head back to Circular Quay and grab a late lunch, before saying our goodbyes and heading home.